The Archbishop of Canterbury said he had been “struck by the events of the last few days” as he said that the Church of England must set its “house in order” and “acknowledge our own historic errors and failings”.

The racism that people in this country experience is horrifying. The Church has failed here, and still does, and it’s clear what Jesus commands us to do: repent and take action. pic.twitter.com/WnBjXHhKTZ 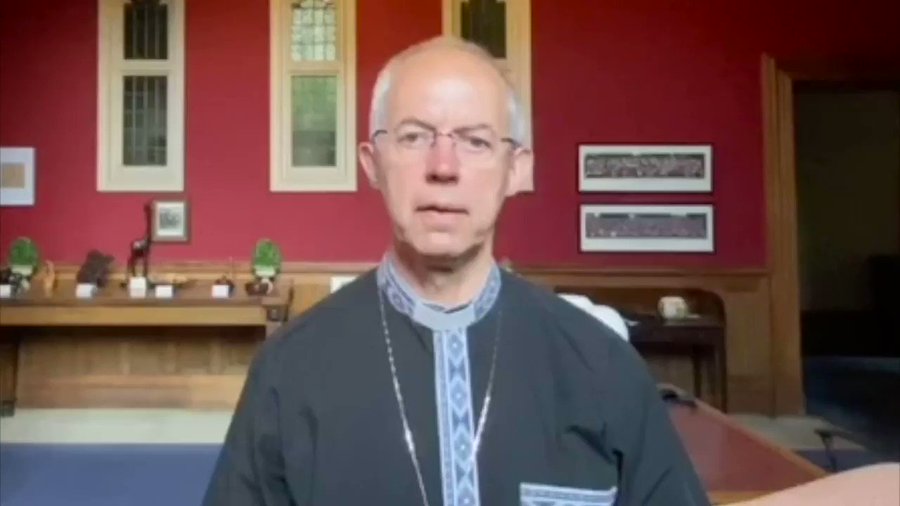 In a video posted on social media, Most Rev Justin Welby admitted that the Church of England has made multiple failings in its race relations and said the institution must challenge its privilege.

Archbishop Welby’s comments follow an eruption of Black Lives Matter protests across the world following the death of George Floyd, a black man from Minneapolis man who was killed by police.

“I’m struck by the events of the last few days, again and again and again,” Archbishop Welby said. “And I’ve been listening to those who have been talking about it from within their own experience of injustice as people of colour in this country.”

“It’s horrifying and yet I’m aware to that the Church has its own failings. And I come back to the fact that in the New Testament Jesus says be angry about injustice, repent of injustice – that means go the other way, take action against injustice.

“How that action is taken will vary from time to time and place to place. It must never involve the creation of more injustice, by seeking to damage other people.”

He added: “But I feel within me, again today, that great call of Jesus that we are as a church to be those who set our own house in order and who acknowledge our own historic errors and failings.

“As a person I acknowledge that I come from privilege and a place of power as a white person in this country, and then we take action.”

Thousands of people in the UK have demonstrated about racial inequality, echoing protests that have swept across the United States.

We are here to provide a platform for Christian minorities. A safe space to connect, share and operate in the freedom of Christ, using all the gifts God has given to us. View more posts